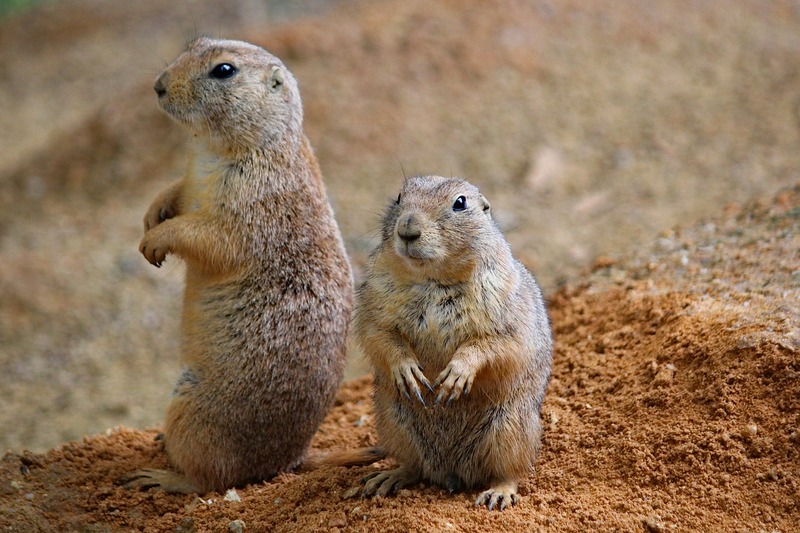 It's pretty clear that NFTs have broken into the mainstream and, predictably, are causing all sorts of consternation because they're still in the "we're trying shit" phase. But, whether an artist, developer, or other creator, don't write them off yet. Here's why.

First of all, the initial phase of any market is a combination of "toys that look like crap" h/t @cdixon) and "us attempting to copy our mental models from the old world into this one... very awkwardly." (remember early mobile apps?) Welcome to NFTs 2021.

The first cryptokitties in 2017 first broke digital scarcity into the semi-mainstream and they were nearly impossible to acquire for average people because you needed to buy tokens just to try. "Kitties" are just collectibles and collectables make no sense to most people, particularly in the digital world where we're used to infinite replication.

Because anything built on the tech that drove those kitties in 2017 is impossibly expensive to transact, we've mostly been stuck focusing on high individual value stuff like art collectibles, where exclusivity and scarcity and price go hand in hand.

That market is blowing up right now - @beeple keeps printing $1M+ auctions and $175M has been spent on NFTs in just the last month. Suddenly everyone has popped their heads up like a bunch of prairie dogs to see what's going on.

You can write this off as crazy rich people and cynical artists cashing in on them. But why did @square buy @tidal, an also-ran streaming service run by @jayz, for $297M and frame the deal as essentially a play to combine payments and music to create monetization for artists? More smoke... ☁️☁️☁️

This is understandably controversial and it's creating great conversations while everyone learns. For example, this tweet by my favorite @lane8music started an NFT debate that pulled in @RufusDuSol @garethemery @ihavenomanas @Darudevil and more. People are obviously very curious.

Big announcement: instead of doing an NFT, pandering to the ultra rich while excluding the normal fans who built me up in the first place, all to make a quick buck, I’ve decided I’m just going to...keep releasing my music for everyone the normal way 🤷🏻‍♂️

You can certainly debate the specific uses occurring today but you can't write off the momentum underneath this, which is that fans and communities WANT co-ownership with the creators they support and NFTs are the vehicle for this.

And it's 🔥🔥🔥 - the market for NFTs literally matched the entire volume of NFTs ever sold in just the last 30 days.

Yes, today's NFTs are still in that awkward phase where we're essentially digitizing a painting and saying "See! Limited edition! Pay me the $$$". That will work for some people and it's as real as the Mona Lisa is in the Louvre but it's not getting close to the potential here.

Look at what happened in the crypto ICO boom in 2017 -- people went batshit crazy because they could buy a thing, form tribes, and then try to push it to the moon together. Similarly, have you seen @WSB on @reddit and the GME fiasco? It's human nature.

And those motives are purely financial. What happens when you provide a financial motive but also give people something intangible but emotional like the chance to participate in artistic co-creation? You can't deny the potential for communities to activate in ways we've never tested before.

Importantly, it's the artist and their community who wins at every step of the way, NOT the middlemen! Why?

The obvious example today is that artists can disintermediate most of the industry by issuing directly to fans, but to be fair many of the components of this have existed before. What's new about NFTs, besides the digital scarcity of limited edition digital vinyls?

NFTs allow for peer-to-peer transfers. That means no one has to pay Ticketmaster's ridiculous fees. Instead, they can jump into Facebook or any forum and securely swap tickets, swag, album rights... whatever. And the ARTIST gets the commission, which is baked in!

The amount of amount activity that will occur at the P2P edges when you free people to trade off centralized markets will be S T A G G E R I N G. Did you trade Magic Cards, Pogs, Baseball cards, insert_fad_that_reveals_your_age on Stubhub or with your friends directly?

But wait, there's so much more. The best artists know their communities are more than a platform to amplify their message, they're collaborators. With today's tech, we can finally put the community in charge.

Imagine if the commissions actually got redistributed to everyone registered in the fan club? What if you could decentralize the community to manage its own members and their budgets through autonomous DAO-like structures called Guilds?

There's an entirely new model of ownership and co-creation waiting to be unlocked which creates a virtuous cycle of win/win among artists and their communities. This will also allow artists to crowdfund up front from their early believers in ways that were never possible before.

We haven't even begun to push the envelope of what these building blocks can create. NFTs are WAY more than just a hack for artists to scalp funds off silly rich collectors or create exclusive clubs. They allow participation to occur autonomously but benefit the artist.

Consider what the world looks like if instead of 33 people buying the @3lau NFT album, you had 33,000 fans all taking co-ownership and not just hanging some swag on their virtual wall but actively DRIVING on behalf of the artist. What kind of tsunami of engagement will this create?

So... if there's so much potential, why are we still selling original editions to superwhale collectors? This is a byproduct of the earliest adopters being rich collectors and the technology so far limiting mass adoption due to cost and throughput constraints.

The technology has blocked this progress since that first 2017 blip of interest in NFTs broke Ethereum and it's been exacerbated by Ethereum's transformation into a day trading playground for Defi whales.

Today it would cost me $38.08 just to swap for $1.45 worth of USDT, say if I wanted to buy a concert ticket or trading card on a marketplace. Minting NFTs costs > $100. It's obviously completely infeasible to run any kind of consumer experience with this kind of economics.

It also still sucks 6 ways from Sunday to try and get your mom to use crypto. And anything more than a credit card is completely unacceptable for 95% of the population (though 10% in the US own crypto now)

Many platforms have come to market optimizing for speed, throughput or payments but none has gotten all of them right in a way which actually unlocks what we could really do with NFTs. There's always a catch.

So people have been stuck experimenting with old tech because it has the momentum or working with new platforms that only solve half the story. So of course we haven't unlocked what NFTs can do. And even with the right tech, it will take time and experimentation to nail it.

But it does start with the tech, and that tech is NEAR. @nearprotocol is a brand new, fundamentally reimagined layer 1 blockchain (like Ethereum) but 10,000x cheaper, 100x faster and scalable so users aren't stuck staring at a loading screen for 10 minutes waiting for confirmation. But scalability isn't everything.

What matters most is usability. If you can't get your fans to the checkout page, it doesn't matter if they're paying negligible costs. USABILITY IS KING. And most distributed ledgers have been built by gifted technologists who focus on building for other technologists. That doesn't fly.

The NEAR team got started in 2018 with a pragmatic quest to build decentralized apps but quickly realized the tech made that impossible, so we'd have to start from the bottom up.

We really tried to make it work with the existing tech and the new tech. We tried building on Ethereum, we tried using Tendermint for consensus and we tried using Substrate to speed up development. The only way we could make the chain both scalable and USABLE, was to build from scratch.

Luckily, it helps when you have literally the best engineers in the world. @alexskidanov is an ICPC gold medalist, @illiapolosukhin holds a bronze, and the core team includes 2 2-time ICPC world champions and more gold rings than Tom Brady plus decades of database exp.

The result was a ground-up platform which is designed so developers can easily build apps that look to end-users like regular old web apps but which are still capable of interoperating with the existing technology and communities of Ethereum.

Why does this matter to the artist? Because NEAR apps don't throw a bunch of crypto terminology at normal fans and don't require them to wait forever or pay more for a transaction than they would for a concert.

That means creators can focus on creating and can use tools like NFTs to engage their communities at scale without worrying about whether Mom can log in. That's the only way for NFTs to reach their full potential.

This will look like toys for awhile longer. The app Berry Club started as literally just an example and accidentally got hundreds of people using it with real money and spawned an NFT marketplace for no reason https://berry.cards/#/. Because if you look past the 1980 Atari interface, there's something really interesting at play.

Again, it's still early days and there is tons of room for talented teams to build the apps on top of NEAR that drive this. We've seen cool experiments with DAOs and Guilds and have unannounced funding initiatives for NFTs.

So. For creators, now is the time to start engaging with this and learning the tools so you can be ready. It's going to feel weird at first until it doesn't and then they'll write the usual stories about how the overnight success was obvious 12 months ago.

👉HMU if you want to learn more. ❤️