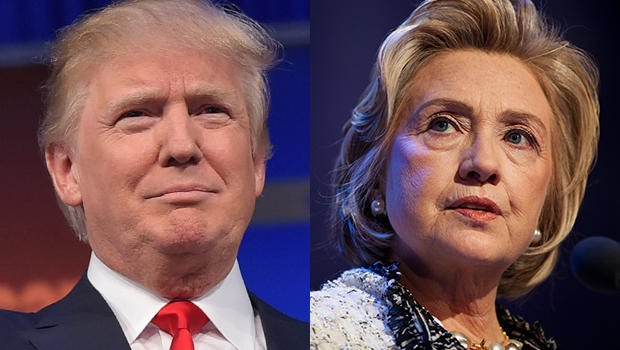 I woke up nervous about what would happen during tonight's debate between Hillary Clinton and Donald Trump. There were no specific details on which my dread hung but it was instead an undefined sense of foreboding driven by the knowledge that the risk profiles of the two candidates were asymmetric. Specifically, it felt like Clinton had very little to gain and everything to lose from going toe-to-toe with the unpredictable Trump. I left the debate feeling relieved on one level but also tugged by a nagging anxiety.

There is a lot at stake in this election and this was the biggest debate matchup in history. Frankly, I think it went about as well as could be expected for each candidate without a major screw-up from the other. Contrary to potential worst-case scenarios, Clinton didn't get overrun and Trump didn't completely melt down. They each played their parts well.

Clinton was quick to use specific facts coupled with abstract policy proposals to hammer home her message about competency. She also came off as a bit stiff at times and generally sounded like a career politician pandering for votes from a meticulously determined set of constituencies.

Trump brought the issues home to the emotional core of his base by bringing up the bogeymen of foreign trade and domestic crime at every turn while blaming it all on the establishment politicians. He also had his usual spate of strange statements which might be career-ending gaffes on any other politician but sounded more-or-less normal for him (400lb hackers at home, targeting Rosie O'Donnell specifically...).

Based on the way each of the two candidates argue, it seems like they're addressing different voters. While the majority of "debate-scorers" will probably respond well to Clinton's facts, I worry that they're underestimating the emotional appeal of Trump's reality, which was repainted with convincing regularity.

Trump uses the "overwhelming liar" approach extremely well. With it, he paints a picture of the world which is factually false (crime rates soaring, jobs disappearing, gloomy prospects) but which is presented so brazenly and convincingly that it easily draws one into his frame even if those factors don't actually represent one's life. He literally changes the reality around him, sort of like Steve Jobs' famous "Reality Distortion Field".

Engaging with that can be a lose-lose proposition. You can try challenging his frame of reality itself by countering his "facts" with your facts but then it looks like he-said-she-said, further legitimizing his frame. You can present your policies in response but then they get cast in the light of his frame, where they are obviously far less favorable than in reality. Finally, you can try to reestablish reality by setting up your own frame but you've already lost the initiative and the emotional battle. Essentially, by even having to engage at all, you've already lost.

In this case, Trump did a good job of constantly turning the debate into a referendum on the failure of current policies and politicians. Clinton chose the second option presented above and, instead of correcting this frame, she pushed harder on why she is such a super politician. That may play into Trump's hands when the facts of her competence are undermined by the emotional attractiveness of blaming those politicians for creating Trump's vision of our current distopia.

Clinton fought her fight and she fought it as well as could be expected given her strengths and her record. The pundits will probably chalk this one up to a slight victory in her favor because of it. Behind this, though, I fear that we're all still underestimating the convincing power of Trump's untruths so zealously delivered and the trap that Clinton couldn't help but walk into.

What it Means to be AI-Driven

How Artificial Intelligence is Closing the Loop with Better Predictions