Burnout sucks. I'm not talking about that "I can't wait for the weekend" feeling or even the glazed-eye look you gave your parents when returning home from finals week during college. When I refer to burnout, I mean the structural depletion of energy which makes it nearly impossible to raise your head and get real work done. It's a poison that seeps into and sucks the life out of every working minute. 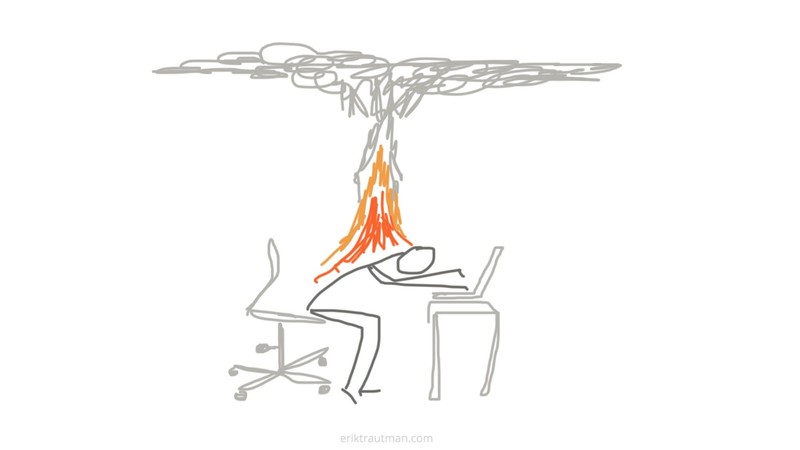 In startup culture, we glorify working ourselves to death in a way which is completely absurd and totally self-imposed. Along my own 5 year rollercoaster building Viking Education, I became intimately familiar with the feeling of burnout. I distinctly remember the numb progression through checklists of tasks that had become divorced of any meaning and putting on a smiling facade which overlaid an inner me who had long since stopped bothering to panic at his lack of excitement for work.

When I was in college I played poker online and did well enough that it steered me towards an interest in trading on Wall Street. I liked what I learned about trading and decided that I wanted to someday start a hedge fund. My friend's father headed a public company at the time and he put me in touch with two fund managers so I could get some advice.

The first guy I called worked within an old-style bank. I don't remember much of anything from our conversation except that he seemed a bit... "traditional"? My questions weren't very good and his answers were pure vanilla. I learned nothing.

The second guy was a different story. He ran a nimble long/short fund with a few hundred million under management and had needed to scrap for every victory. From the second he picked up the phone I could tell he was short on time and low on patience. I kind of stammered through my list of questions and he gave me answers that appropriately reflected the poorly researched nature of my queries, which included things like "what is a long/short fund exactly?".

I recently had a team implode around me. As is often the case, it wasn't some external stress that did the job so much as a lack of passion and strong leadership. It was a slow death but it almost seemed inevitable.

To rewind a bit, I've been taking the Tech Entrepreneurship course through the MIT/Stanford Venture Lab (VLab) online platform. It's a semester-based course where the students form small teams and build a plausible business plan, which is presented at the end of the course in January.

The first couple weeks were a frenzy of virtual team building, where the 30,000+ students that began networked and facebooked themselves into groups of 3-5. That was a fascinating experience in and of itself -- which approaches were destined to be successful? I saw cases of future founders championing their idea, seeking to rally some free labor to develop it. Then there were groups who bonded across continents because they shared a passion for solving a particular problem. Often, the easiest way to begin chunking the enormous initial set of students was by geography. The San Francisco locals Facebook group eventually swelled to over 30 people.